MIRA by JIENAT- Engineer as Auteur 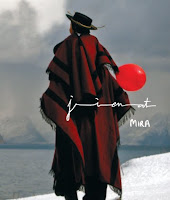 One of my first philosophical proclamations- at the ripe old age of eight- was that all of the suitable themes for popular music had been exhausted. There simply was little left to write about. It had all been done. I’ve since revised that theory, in fact inverted it 180 degrees to assume that almost NOTHING has been done. We’ve just scratched the surface- written a few love songs, a few waltzes, a few instrumentals, a few laments, a few rants. Still these days it seems like we’re all on our seats, maybe even biting our nails, some even hedging their bets, as to what will be the ‘next big thing.’ That there will be we all agree; novelty sells, but WHAT?

It’s so bad now that the hottest things these days are slice-and-dice ‘mash-up’ versions of disparate artists from disparate genres sharing a three-inch screen with two or more songs when in fact that may be all they share- except maybe a mutual love of mustaches, or wine vintage, or loopy lyrics, or the key of C. DJ’s are increasingly the stars of musical events, turntablists by trade re-editing the music of others for their own profit, while ‘real musicians’ can barely find gigs and songwriters stand in food stamp lines. What’s going on? I’ve got more paradigm shifts than I have fingers to count them on.

Let’s call it the ‘auteur’ theory, by analogy with what happened in the film industry c. 1959, first in , later even up here in the Hollys. Everyone’s heard of of the world’s best film directors today, they existing in the public’s imagination almost on a par with A-list actors, TMZ notwithstanding. Most telling is the fact that any actor- or producer or screenwriter- who wants to really ‘get serious’ about film will sooner or later have to try his luck on the other side of the camera. The same thing is happening in pop music. Producers are increasingly becoming directors as fast as DJ’s are becoming producers to move music into a potentially exciting new era where musical performance is more than four guys standing there in T-shirts, cigarettes and instruments dangling… or a troupe of singer-dancers doing choreographed movements, while the real music occurs somewhere in the background. Pop music is growing up. Who knew the name of any record producers forty years ago? Today many people know the names of Lanois, Burnett, Carmen Rizzo, Danger Mouse, and maybe even Brian Peter George St. John le Baptiste de la Salle Eno… while many more DJ’s are stars outright.

Enter into this creative milieu JIENAT (‘voices’ in Sami/Lapp) and its (instru)mentalist/engineer/auteur Andreas Fliflet, with their new album ‘Mira’. Ostensibly a group doing Saami joik music, this is to joik what maybe the Beatles were to rock-and-roll. Not a local himself, the Norwegian Fliflet was able to see in the far northern music something that maybe they couldn’t see themselves. So it’s interesting that, while joik itself seems to be divided into traditionalist chanting styles and a more ‘modern’ ballad style, Fliflet’s style is distinctly closer to the traditional, albeit transformed by the ultra-modern sensibilities of its African/Brazilian-influenced auteur. This means a much heavier reliance on percussion than would otherwise be the case. More importantly, for me at least, it includes a willingness to use anything and everything as components of a total sound.

The song ‘Sissel’ opens the album with visceral vocals and American Indian-like chants, accented with percussion and bells. The similarities to Native American traditional chanting may seem surprising until you consider that these two broad groups may have at one time shared some hunting grounds in the . ‘Andreas/André adds the female voice of Marit Haetta Overli to the mix, along with scat vocals augmented by percussion. ‘Radio Belgrano’ even incorporates horse hoofs and vendors’ sales pitches as an intrinsic component of the music. But the title song ‘Mira’ tops that with barking dogs that have been known to get cats hot and bothered around the world, no matter their native language. ‘Tudeer’ incorporates a musical saw that sacrifices nothing to a theremine in its creation of an eerie other-worldy sound. ‘August Samuel’ closes with what almost sounds like Gregorian chants. Thus with traditional Sami chanting, assorted percussion, and found objects, Fliflet and Jienat manage to make a musical statement well worth a second listen. Now if we could only get an auteur theory for music videos, then we’d have something… but I digress. That’s Mira by Jienat. Hardie K says check it out. 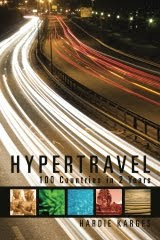 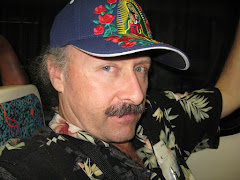